[vc_row][vc_column][vc_video link=”https://youtu.be/uzBkGUMRJOw”][vc_custom_heading text=”Amsterdam Gay Pride Guide 2019″ font_container=”tag:h1|text_align:left” use_theme_fonts=”yes” css_animation=”bottom-to-top”][vc_column_text]Amsterdam’s Pride is coming up at the end of July and it’s never too early to start planning! Pride Amsterdam lasts a week, beginning on the 27th of July and ending on the 4th of August with a concert on Dam Square. The big event will be the Canal Parade which starts on the 3th of August from 12:30 P.M. to 5 P.M which attracts several hundreds of thousands of visitors to the city. The parade will be along the Prinsengracht which provides the best viewing spots. Another popular viewing spot is at the Magere Brug over the Amstel River. The boats will start at the Scheepvaart Museum and will go towards the Amstel River. Then they will go along the Prinsengracht towards Westerdok. Keep reading below for a full list of suggestions regarding parties, what to wear, and what to consider when celebrating one of the most unique Pride festivals in Europe![/vc_column_text][vc_single_image image=”4787″ img_size=”full” alignment=”center” style=”vc_box_rounded” onclick=”link_image” css_animation=”bottom-to-top”][vc_custom_heading text=”Practical Guide” font_container=”tag:h1|text_align:left” use_theme_fonts=”yes” css_animation=”bottom-to-top”][vc_column_text]

The weather in The Netherlands can be pretty unpredictable. Even in the summer the temperatures can drop and the rain can be quite heavy! I’ve been drenched from head-to-toe myself screaming and running for cover with my friends. It wasn’t pretty 😀 With that said, it’s best to dress in layers and bring an umbrella! Just beware that if it starts raining you might have strangers hiding under your umbrella with you! Check the weather the day before and before you leave as the forecast can change drastically from moment-to-moment. Also, this year’s theme is “Hero’s”, so it’s also an excuse to give new life to your super hero halloween costumes! 😉

The streets will be so packed with people, it’s best to buy some supplies the day before if you can. If you can’t then the Albert Heijn grocery stores around the city will be open that day. Just expect longer lines at the grocery stores in the centre as everyone buys their last minute supplies. Beer and other alcoholic drinks and softdrinks can be purchased along the streets as every corner turns into a make-shift bar. Just expect to usually pay higher prices at these stands. Drinks lots of water to stay hydrated if the weather is warm that day and if you plan to drink a lot! And when you need to go to the bathroom, expect to pay as private citizens turn their home toilets into paid public restrooms 😉 These toilets can cost anywhere from 50 cents to €1. There are also free public toilets along the canals. The organisers have put more effort into also providing toilets that are friendly for all genders.

If you are coming from outside of Amsterdam, the best way is to come by train to Amsterdam Central. Another option is to get off at Amsterdam Amstel Station and walk to Theatre Carré to view the parade.

Coming to Amsterdam by car is not advised on the day of Pride as many parts of the inner city will be blocked and traffic and parking on certain streets will be forbidden. If you must travel by car, then it’s best to reserve a spot at a parking garage such as Q-Park or park in a Park+Ride location and take the tram into the city. Expect these to fill up quickly though. It’s even advised to park in a different city with a train stop and take the train to Amsterdam Central if possible.

Even biking during Pride can be difficult, and even the Pride organisers suggest coming by foot or by tram/bus! But, if you come by bike there will be 1500 additional bike parking spaces available along Frederiksplein (only available until 5th of August). If you park your bike somewhere else, make sure there are no yellow signs forbidding you to park. Otherwise your bike will be removed by the city.

Most large scale events are known for their pick-pockets, and Pride is no different, so watch out for your valuables darlings! I would suggest that you only bring necessary items as the streets will be jam packed with people. So leave your Louis Vuitton luggage at the hotel!

Needless to say, we all want to have a good time. But, be cautious as all parties come with risks. Check out Pink Unity for more information about how to stay safe during pride season![/vc_column_text][vc_single_image image=”4801″ img_size=”medium” alignment=”center” style=”vc_box_rounded” onclick=”link_image” css_animation=”bottom-to-top”][vc_custom_heading text=”Hotel Accommodations” font_container=”tag:h1|text_align:left” use_theme_fonts=”yes” css_animation=”bottom-to-top”][vc_column_text]Expect hotels to book up quickly in the Centre of Amsterdam so book soon to avoid higher prices and no vacancies. Amsterdam is well connected by public transport, so other options include staying outside of the centre and taking the metro or train to Amsterdam.For examples, Amsterdam RAI, Amsterdam Zuid, and Schipol Airport have many hotels are all well connected by tram, bus, metro, and train.[/vc_column_text][vc_raw_html]JTNDZGl2JTIwaWQlM0QlMjJhZGdzaHAtMTU4MTMxMjg4MyUyMiUzRSUzQyUyRmRpdiUzRSUwQSUzQ3NjcmlwdCUyMHR5cGUlM0QlMjJ0ZXh0JTJGamF2YXNjcmlwdCUyMiUyMHNyYyUzRCUyMiUyRiUyRmNkbjAuYWdvZGEubmV0JTJGaW1hZ2VzJTJGc2hlcnBhJTJGanMlMkZzaGVycGFfaW5pdDFfMDgubWluLmpzJTIyJTNFJTNDJTJGc2NyaXB0JTNFJTNDc2NyaXB0JTIwdHlwZSUzRCUyMnRleHQlMkZqYXZhc2NyaXB0JTIyJTNFJTBBdmFyJTIwc3RnJTIwJTNEJTIwbmV3JTIwT2JqZWN0JTI4JTI5JTNCJTIwc3RnLmNydCUzRCUyMjM3NDI2OTgwNDA3ODQlMjIlM0JzdGcudmVyc2lvbiUzRCUyMjEuMDQlMjIlM0IlMjBzdGcuaWQlM0RzdGcubmFtZSUzRCUyMmFkZ3NocC0xNTgxMzEyODgzJTIyJTNCJTIwc3RnLndpZHRoJTNEJTIyOTAwcHglMjIlM0IlMjBzdGcuaGVpZ2h0JTNEJTIyMjgwcHglMjIlM0JzdGcuUmVmZXJlbmNlS2V5JTNEJTIyayUyRm43WlhSJTJCU29IJTJGMHA1JTJCeEZCWGtBJTNEJTNEJTIyJTNCJTIwc3RnLkxheW91dCUzRCUyMk9uZWxpbmUlMjIlM0IlMjBzdGcuTGFuZ3VhZ2UlM0QlMjJlbi11cyUyMiUzQnN0Zy5DaWQlM0QlMjIxODA3NjU1JTIyJTNCJTIwc3RnLkNpdHklM0QlMjIxMzg2OCUyMiUzQiUyMHN0Zy5EZXN0aW5hdGlvbk5hbWUlM0QlMjJBbXN0ZXJkYW0lMkMlMjBOZXRoZXJsYW5kcyUyMiUzQnN0Zy5PdmVyaWRlQ29uZiUzRGZhbHNlJTNCJTIwbmV3JTIwQWdkU2hlcnBhJTI4c3RnJTI5LmluaXRpYWxpemUlMjglMjklM0IlMEElM0MlMkZzY3JpcHQlM0UlMEE=[/vc_raw_html][vc_custom_heading text=”Pride Walk” font_container=”tag:h1|text_align:left” use_theme_fonts=”yes” css_animation=”bottom-to-top”][vc_column_text]Amsterdam Pride kicks off with the Pride Walk which is meant to draw attention to the current situations around the world where it is illegal or punishable to be LGBTQIA+. The theme of the Pride Walk 2019 is ‘Remember the Past, Create the Future’. “This year we are commemorating the Stonewall riots, which broke out in New York 50 years ago and form a decisive moment in the history of the LGBT-movement”, says director Lucien Spee of Amsterdam Gay Pride. A year later, in 1970, the first Pride Parade was held in New York.

After the Pride Walk there will be a free concert in Vondelpark. The same day is also the opening of the Milkshake Festival Amsterdam. Check out our guide to Milkshake below.

Amsterdam Milkshake Festival Guide 2019[/vc_column_text][vc_custom_heading text=”Street Parties” font_container=”tag:h1|text_align:left” use_theme_fonts=”yes” css_animation=”bottom-to-top”][vc_column_text]Most of the fun will happen after the Canal Pride along the streets of Amsterdam as the whole old city turns into one big party spot. You’ll find parties on all of the main squares (pleins) of Amsterdam with the biggest street party happening on Dam Square (de Dam). All of the street parties will begin on the Friday, 3rd of August and end with the closing party on Dam Square on Sunday, 5th of August. The party on Dam Square will be going on three nights in a row from Friday to Sunday. The best street parties can be found near the gay bars so be sure to check out: Regulierdwarsstraat, Spuistraat, Westermarkt, Rembrandtplein, Homomonument and around the Amstel at bar Amstel 54, Queers, and FAME. Check out the link below for a list of all street parties.

The Zeedijk Pride 2019 Streetparty[/vc_column_text][vc_custom_heading text=”Circuit Parties” font_container=”tag:h1|text_align:left” use_theme_fonts=”yes” css_animation=”bottom-to-top”][vc_column_text]Amsterdam is famous for its circuit parties and Pride welcomes some of the largest circuit parties in Europe. The infamous Rapido and FunHouse parties are some of the largest parties in Europe with up to 8000 gay men dancing in next to nothing 😉 The FunHouse party is by far the largest party spanning four dance floors in a huge space. Each dance floor has it’s own vibe and unique music from techno to house to pop. The largest dance area is in the old Gas Factory (Gashouder). See the video below for an idea of what to expect. FunHouse begins on Saturday, 3th August and ends at 9 A.M. the next day. Suggested dress is harnesses, leather, spandex, short shorts, or in general as little as possible 😉

Rapido begins the day after FunHouse on Sunday the 4th of August beginning in the afternoon at 3 P.M. and ending at 2 A.M. This party is deep and dark along with the music and with plenty of room for cruising. The laser light shows are an amazing experience as you dance the night away with some of the hottest men in Europe and some of the best beats available. The music is deeper with little pop and more deep house beats. The dress code is the same as FunHouse; fetish and as little as possible (because it gets warm!) 😉 There’s also a Rapido after party this year. See the link below.

If you like bears, chubs, and chasers (and hairy men in general), then Bear Necessity might be for you! The Bear Necessity party has celebrated 10 years and keeps going strong with its big Pride Party! The party hosts some great DJs and deep house tracks. Expect to dance the night away with some sexy furry men. The dresscode is similiar to Rapido; so get your leather harnesses ready boys!

If pop hits is more your thing, then F*cking Pop Queers is probably great for you! The party spans three rooms with DJs and surprises in each! 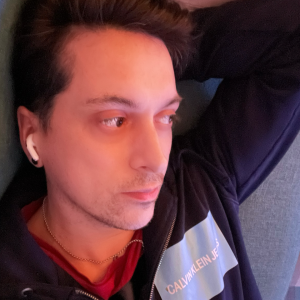